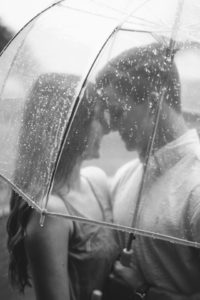 Future proof your relationship No one has an ultra clear vision of the future and trying to pretend otherwise can consume energy that’s better used in the present moment.  This isn’t to say however, that you can’t guard against common pitfalls by simply thinking ahead, namely about your own needs and actions in a relationship.

No one has an ultra clear vision of the future and trying to pretend otherwise can consume energy that’s better used in the present moment.  This isn’t to say however, that you can’t guard against common pitfalls by simply thinking ahead, namely about your own needs and actions in a relationship.  It’s pretty standard advice now, that if you want to do well in your connections with others, you need to do well in your connection with yourself.

Getting into a relationship and ‘going with the flow’ sounds like a wonderfully laid back way to approach love, but in how many other situations do you throw caution to the wind so nonchalantly?  At a guess, it’s probably safe to say that you plan at least fifty per cent of your life.  From your career, to the itinerary of your last holiday and your to-do list for the weekend, plans are a big part of living.  Sometimes so much so that we confuse them for routine behaviour and don’t even realise we’re making them.

When it comes to relationships, whilst flexibility is a definite must-have, you at very least need to have an idea where you want to end up.  Going with the flow can lead to disappointment that even the faintest outline of a plan will curtail.  Whether your ultimate goal is to be married with children or party like a twenty year old well into your seventies, get familiar with it so you know and the person you’re with knows too.

When people hear the word boundaries, what they usually interpret it as is limitations.  Just as with having a plan however, most people have a set of healthy boundaries they live their life with. For some it’s the foods they eat or even the types of social gatherings they’ll attend.  What ever yours are, there’s little reason why preferences need be ignored just because you became part of a union.

If you don’t communicate to your partner that actually, you’d quite like an open relationship or that your mother has a key to pop around whenever she likes, you may find yourself having arguments that could easily have been avoided.  Boundaries around expectations and behaviours, whether yours or other people’s, will always ensure that unwelcome surprises are kept to a minimum and everyone is on a level playing field.

It can be natural when you experience bumpy patches in your relationship to want to shout from the rooftops about exactly how much someone has annoyed or upset you.  People can do this when they’re not being heard and understood, as well as when searching for validation that their reactions haven’t been abrupt or irrational.

When the drama dies down and you’re back on cloud nine, it’s important to remember that the people you confided in will likely remember the tears and rage you forced them to witness.  They also won’t have the same motivations as you for trying to forget them so quickly, especially if it was over something serious.

For this reason, limit your circle of listeners and choose one or two people with whom you’ll be brutally honest about the details, good and bad, of your relationship.  There is something to be said for maintaining privacy and dignity whilst dating. Recognising that you’re not actually being paid to act out a soap opera may help you to realise the respect your personal life deserves.

Pay attention to the small things

Did you notice his split second look of disappointment when you said you didn’t want children, or the way she prioritised a call from work over finishing an important conversation with you?  These are the type of very obvious cues that we bury deep in our subconscious when we’re hoping for our best outcome with someone.  They’re the signs that, one or two years down the line, we wish we had consciously acknowledged and dealt with honestly at the time.

To stop yourself projecting what you want someone to be or banking on the potential for change, learn to make a mental note of these micro signals in speech and body language.  Even if you can’t deal with them straight away, make the biggest effort to come back to them as soon as possible and look at the reality of what they mean.

Any cookies that may not be particularly necessary for the website to function and is used specifically to collect user personal data via analytics, ads, other embedded contents are termed as non-necessary cookies. It is mandatory to procure user consent prior to running these cookies on your website.

Analytical cookies are used to understand how visitors interact with the website. These cookies help provide information on metrics the number of visitors, bounce rate, traffic source, etc.

Performance cookies are used to understand and analyze the key performance indexes of the website which helps in delivering a better user experience for the visitors.

Undefined cookies are those that are being analyzed and have not been classified into a category as yet.

Advertisement cookies are used to provide visitors with relevant ads and marketing campaigns. These cookies track visitors across websites and collect information to provide customized ads.