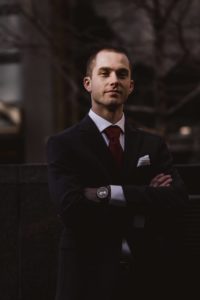 How to be a gentleman The term gentleman is, when one thinks about it, quite a loaded word.  Thinking about it for long enough can lead to us drifting back into the good ol’ days where everyone had a clearly defined role and knew what to expect from the opposite sex.  As it stands now,

How to be a gentleman

The term gentleman is, when one thinks about it, quite a loaded word.  Thinking about it for long enough can lead to us drifting back into the good ol’ days where everyone had a clearly defined role and knew what to expect from the opposite sex.  As it stands now, we seem extremely far removed from those immaculately mannered men in old black and white movies.

With the swift pace of life in 2018 and most of us leading hectic and full schedules, there may be some ungentlemanly habits that you too have slipped into.  Never fear however, Macbeth Matchmaking is here to show you that being a gentleman is still absolutely within reach.  Here are some tips.

Equality was not created for you

Too many men appear to have done an ill-prepared running jump onto the bandwagon of ‘equality’.  The word is banded about like a stick of dynamite, both a weapon and sometimes a shield used to justify less than chivalrous behaviours.  How about we stop that, today?

Whatever your understanding or opinion on women’s rights and feminist movements, it’s not okay to use them to your advantage or, as an excuse for why you’re confused about how to treat the opposite sex. Equality is nothing to do with you holding a door open or paying for dinner and it has even less to do with making the first move, or swapping traditional gender roles.

When it comes to your romantic interactions with a woman that you want to date or be involved with, treat her as different to you, because she is. Don’t treat her like your drinking buddy, it’s not sexy for anyone and it will wear thin pretty quickly.  Compliment her, be kind, be attentive, be generous. If you expect femininity from her, earn it by embracing your own masculinity.

Let her be the star attraction

The male grooming industry is now a force to reckoned with and it’s wonderful that men are becoming so confident in spending time and money on their physical appearance.  However, the fact you have a cleansing regime and must massage your beard with cedar oil twice a day shouldn’t create competition in your relationship.  Keep it balanced and maintain your perspective.

A woman will appreciate you being well-groomed but it’s essential to occasionally take a step back and let her be the main attraction in your partnership.  You can do this by making a fuss of her, rather than asking how you look.  You can stop leaving her to wait whilst you preen yourself and most importantly, refrain from frequenting her manicurist more than she does.  Everyone loves to be pampered and look their best, but don’t hog the limelight.

Compared to the lives of ol’ school gents, dating moves eye-wateringly fast today.  Some might even say the odds are stacked against all of us, if we don’t come close to someone’s idea of perfection.

Dating apps give the impression that other women who are better looking, better educated or simply better connected are available at the swipe of a finger.  Having ten apps on your phone however, doesn’t mean the lady you’re currently choosing to connect with is disposable.  Slow down, take the time to get to know people and shut down your profile for a couple of days.  It’ll take the pressure off both of you and help you to appreciate the here and now.

Be mindful to not prematurely write off women as too much hard work because they’re vegan, not into yoga or are tee-total, for example.  Be a gent and focus on the commendable qualities of her nature, not simply how alien anything new is to you.

Limit the amount of research you do

It’s very likely that any woman you’re dating, or interested in dating, has an extensive social media profile, whether it’s on Instagram, Facebook or Twitter.  If you must, by all means have a little look before things get serious, but there’s no need to go digging back through the years and making assumptions based on comments she made in 2002 after a bad break up.

Part of your charm as a gentleman will be your desire to get to know her and you having a genuine interest in learning the nuances of her personality and history.  If you’ve swatted up before even meeting her, then half the fun has gone and you’ll carry a different energy with you into the date.  You may find yourself trying to catch her out, trying to have her confirm an earlier judgement you’ve made, or convincingly defend something you don’t agree with. Remember, this is supposed to be a date not a court trial, so give the woman and yourself a break.

Keep a respectful distance from the personal life of your lady, however public they appear to have made it, until invited to do otherwise.  Draw no premature conclusions.

Small gestures amount to great importance in relationships and they needn’t be a huge inconvenience to your life.  We’re talking about you pumping the petrol when at the gas station, doing the dishes if she cooked, picking her up after she’s had a night out, or driving her to see a friend so she can have a glass of wine.   You may feel that you’re starting to straddle the zones of partner and glorified taxi driver, or worse still, parent – but think about all the different roles she plays for you.

As long as your efforts are truly appreciated and you’re not being taken advantage of, you should take pleasure in owning some voluntary responsibilities in your relationship.

It’s about showing you have the capacity for thoughtfulness and sensitivity, in a world where it is now so often missing.

Any cookies that may not be particularly necessary for the website to function and is used specifically to collect user personal data via analytics, ads, other embedded contents are termed as non-necessary cookies. It is mandatory to procure user consent prior to running these cookies on your website.

Analytical cookies are used to understand how visitors interact with the website. These cookies help provide information on metrics the number of visitors, bounce rate, traffic source, etc.

Performance cookies are used to understand and analyze the key performance indexes of the website which helps in delivering a better user experience for the visitors.

Undefined cookies are those that are being analyzed and have not been classified into a category as yet.

Advertisement cookies are used to provide visitors with relevant ads and marketing campaigns. These cookies track visitors across websites and collect information to provide customized ads.