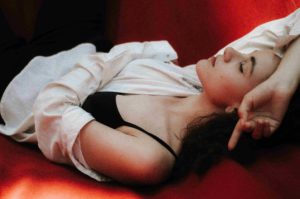 The world today is full of ‘helpful’ advice – useful tips about finding your inner goddess, meeting the men of your dreams and stumbling on true love.

Sadly, much of this advice is complete crap, especially when you’re in your mid thirties.

You don’t want to hear it, but, there are same basic rules of dating as a women, post thirty-five, that are worth following … like them or not.

The world today is full of ‘helpful’ advice – useful tips about finding your inner goddess, meeting the men of your dreams and stumbling on true love.

Sadly, much of this advice is complete crap, especially when you’re in your mid thirties.

You don’t want to hear it, but, there are same basic rules of dating as a women, post thirty-five, that are worth following … like them or not.

I know, I know, you don’t feel it, and we’re all looking younger these days, but mother nature doesn’t lie and, like it or not, you are beginning to swim in a pool of younger fish. Which isn’t necessarily a bad thing (give me Angelina Jolie over Emma Watson any day) but it does mean you need to be realistic about the kind of men you’re going for.

Ain’t no baby going to want a baby.

Talking of which, *never* mention marriage and kids.

It’s a cliché that all women in their late thirties are obsessed with settling down, but clichés become clichés for a reason – because there’s truth behind them.

Don’t be that cliché.

Sure, if the subject comes up, it’s fair to mention it’s something that’s on your radar, but ask a man his five-year plan on your first date and he’ll be out that door quicker than you can say ‘cheque please’.

Don’t be a cliché – he doesn’t need to know your life plan on a first date.

Having said that, if you are a dating a guy who is clearly a player or just in it for a bit of fun, stop wasting your time. We all look younger and feel younger these days, however, nature would suggest otherwise.

I’m all for casual sex with barmen you know are never going to call you again, at any age, but then I’m not looking for a husband – if commitment is something you want, then act serious about it and stop wasting time with guys who are never going to give you any.

Once you’ve decided to stop dating time-wasters (both in age – not their fault, and attitude – their fault) it’s time to think about your expectations.

‘Expectations’ is a word I’ve used quite a lot in the past when talking about women in their thirties, who are dating, because they just seem to have so damn many of them.

From expectations to height and income, the older women get the higher they want them to be. Now, I’m not suggesting we lower our standards but it’s important *if you are looking for a long-term relationship* to be realistic about what’s out there.

Nobody is perfect, yourself included, so expecting someone to have the full package is going to set you back a long way in your search for a happy ending.

The only thing that should be of importance in a potential new partner is chemistry, everything else … details.

Be realistic about your expectations.

The beauty of opening your search is that you’ll be surprised at what you find and who you meet. The narrower your criteria, the less likely you are to find someone within it. And actually, it really is often the case that love turns up in the places you least expect it.

But you’ve got to give people a chance – there is such a thing as a grower (ahem) and a first date (especially when online dating) is an unnatural environment, sometimes it takes a bit of time for a person’s real personality to shine through.

Don’t write someone off within 5 minutes of meeting them.

Whether it’s online dating that’s your bag or you’d prefer to meet someone more ‘naturally’ – you’ve got to be in it to win it. If I had a pound for every ‘dating guru’ that had said love finds everyone eventually I’d have my own private island by now.

It’s bullshit. Love doesn’t find you, you have to get off your backside and find it – by which I mean peeling yourself off the sofa, and getting the hell out there … yes, even in February.

Go and look for it.

… But forget about finding Prince Charming. Because, girlfriend, there’s no such thing.

If you spend your life envisaging the perfect man and the life you’re going to have with him, you should probably invest in a few cats now and save yourself the bother down the road – because living off dreams gets you nowhere. Focusing more on what someone might have, be and give you is like watching a Disney film and making that your life goal.

And, perhaps most importantly, don’t forget why you’re dating. Sure, there are biological clocks to think about, however dating and love should be about *fun* not a chore you need to tick of your to-do list like getting the car MOT’ed or paying off the mortgage.

Relax and enjoy it – because one day you will be in that LTR you’ve spent so long looking for and dream of the days you were once footloose and fancy free.

Because believe it, the grass isn’t *always* greener on the other side.