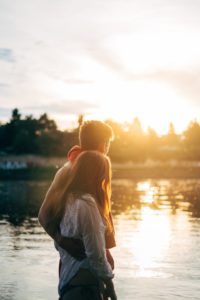 Home » Blog » The Best Relationship Advice We Ever Received

The Best Relationship Advice We Ever Received

Relationships are complicated. They take a lot of commitment, focus, and work….

Relationships are complicated. They take a lot of commitment, focus, and work. Finding the right person to settle down with you often feel like a very frustrating game of chance. And even if you find the right one, you will still have your work cut out for you if you attempt to sustain your relationship.

If you’re seeking a little guidance when it comes to love, you’ve come to the right place. We at Macbeth Matchmaking spoke with some top relationship experts to get some of their best advice. So pull up a chair and read on for more.

I was advised by a friend not to be consumed with fear of rejection and pain. I was once involved with a man in a relationship with someone else, even though we both felt the same attraction and fondness for each other, I stayed away because I was never his choice. We met again after some several years have gone by, we were both single at the time. We have always been comfortable and congenial with each other, but I was afraid, I was refused by him before, and it will be too depressing to face it all again. But my friend insisted that I must believe in second chances, I took the risk and now we’re happily married

As cliché as it sounds, it’s still a timeless advice. I try so hard during the first dates, I overdressed, I speak too excited and would just pretend to like what my date says which was a total mistake, and would turn out all tragic. Good thing I listened and threw the facade. I just need to be proud of myself and let others see who I am.

I would tend to doubt myself in relationships; I do not believe I was good enough to have even one. I had low self-esteem, which can be clearly seen by others. When a friend of mine told me that I should have more faith in myself and be optimistic, I was hesitant but how can people believe in me when I’m finding it difficult to believe in myself? I’m a changed woman now; I go on dates, and I’m now opened to others.

I was very unrealistic; I believed in ever after and Prince Charming. I used to wait until I realized why I’m the only one not in a relationship? Because I just hold on, I was doing nothing and expected that somebody would come and deliver me.Now the moves are made by me

This is presumably one of the essential factors to have a lasting and rewarding relationship. If you’re comfortable enough to talk and listen to your partner, then you will survive most challenges!

For some time I have a failure relationship life because I worry too much, I was concerned about what my date thinks of me from that I lost sight of enjoying the experience. Bet I was stiff and boring during my dates. But it’s now a thing of the past.