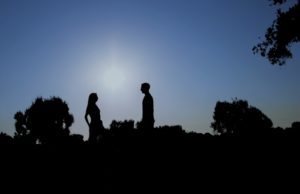 Home » Blog » First dates, first kisses and so much more

First dates, first kisses and so much more

First dates, first kisses and so much more… When people have been together a while, it’s natural to starting reminiscing about your significant first times. It could be the first time you met, your first kiss, or even when you first went on holiday together. Firsts are so meaningful to us because they’re moments of

First dates, first kisses and so much more…

When people have been together a while, it’s natural to starting reminiscing about your significant first times. It could be the first time you met, your first kiss, or even when you first went on holiday together. Firsts are so meaningful to us because they’re moments of unchartered territory that we can’t predict or fully plan. We have to lay ourselves bare to fate, with full knowledge that we can’t recreate the moment, however it may turn out.

If you’re about to enter into a new relationship with someone, do your best to savour your firsts by truly living in the moment and taking as little for granted as you can. Familiarity may, over time, cause some of these new emotions and feelings to fade or simply feel different to how they once did, so bask in the moment while you can.

First dates
There’s nothing quite like the first date, which may occasionally feel like something between a job interview and a night out with friends. You’ll find that the exciting element of it can be just as strong as the scary part, largely because you never quite know what’s going to happen. Perhaps you’ll end up married to whomever it is you’re meeting, or later laughing about the experience with friends. Whatever happens, the best piece of advice one can give for first dates is to not take them too seriously.

No matter how it might feel, your life is not hanging in the balance, you’re not on trial and the very worst that can happen is likely to be that an attraction isn’t mutual and you don’t see each other again. Given that the very best outcome may be that you hit it off swimmingly, it’s definitely worth any nerves you have.

First kisses
There are some people whose first kiss is on their first date, other’s whose first kiss is on date two, three or four, it all depends. Whenever you choose to have yours, make it count and try not to treat it like it’s unimportant. Kissing has become a very throw-away activity in this culture, but we’re here to help reinstate just how special it is.

Kissing is often the first act of physical intimacy between a couple, the first physical signal that they’re possibly going to become more than just friends. It’s not something to be underestimated or taken for granted. It’s also important to know that you have the option of waiting for this special moment, just as you might wait before choosing to sleep with someone.

First time it’s made official
The first time your new partner refers to you as their girlfriend or boyfriend, or the first time you become known as their wife or husband, is always going to be an eclectic mix of glee, belonging and hopefully humility. When this happens, there’s an exercise you can do to really help ground and realign your relationship goals, should it ever be necessary.

Whatever it is, whenever you go through times where you feel uncertain or should you ever need to reassess your relationship, see if you can still connect to those old feelings and thoughts, and whether they are just as strong, or if they need working on.

First time making up
The not so great side of this is that in order to make up, it probably means you’ve had some sort of disagreement. Even though it may not have been pleasant, you can take solace in the fact that disagreements are natural parts of a relationship. Couples who ‘never argue’ don’t exist, it’s just that they express themselves differently and perhaps aren’t as quick to become heated. Couples like this are more concerned with showing love than being right. Losing your attachment to being ‘right’ or being the ‘winner’ will stand you in good stead as the years progress.

Making up for the first time can also reinforce a relationship and the fact you both want to be together, so your union after may feel even stronger than it did previously. The moment you let go of whatever was keeping you apart should be an acknowledgement of what’s more important and that what you have is bigger than any misunderstanding. If issues are dealt with properly, not skirted over or brushed under the carpet, you’ll come back healed and ready for the next test of your love.